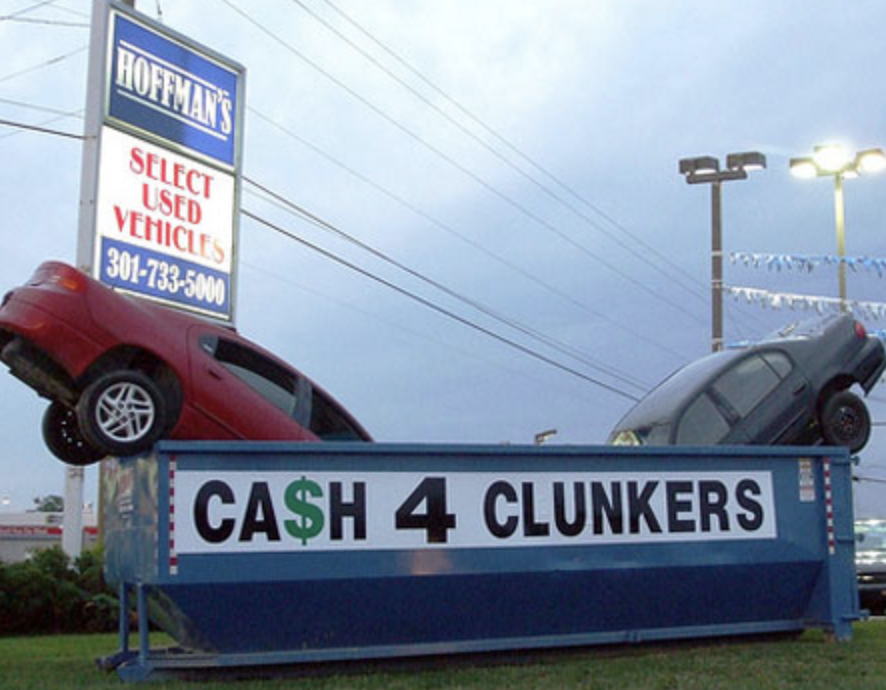 The first year of the Obama presidency was 2009, and if you recall, it didn’t take him long to start making costly mistakes. One of the early ones was his “Cash for Clunkers” program.

If you don’t remember the details – and yes, I’ve tried to forget them, too – the program let everyone trade in their old cars for up to $4,500 in cash if they were willing to use that money to buy a more fuel-efficient vehicle.

The official name of the program was the Car Allowance Rebate System, and the goals were to jump-start U.S. auto sales, stimulate a lousy economy and clean up the environment by getting gas-guzzling vehicles off the roads.

The program was considered pretty much a failure from day one, but it’s back in the news again because researchers at Texas A&M University did a study measuring the economic impact of the program.

They determined that the program not only failed to help the auto industry, but it actually decreased industry revenue by $3 billion in less than one year. Also, the so-called “stimulus” cost us taxpayers almost the exact same amount – $3 billion. The program ran out of money one month after it started and two months before the government expected.

As bad as the Cash for Clunkers program was, we can now look back on it as one of the “success stories” of the Obama Administration. The loss of $6 billion is a drop in the bucket compared to the other financial fiascos that this administration has brought on us.

And one positive thing you can say for this program – at least nobody used the cars to spy on us, unfairly target conservatives or take away our guns and drive away with them.

Obama’s Cash for Clunkers program was one of the early signs that we were dealing with an incompetent government. Think back – when was the first time you knew things were going to get a lot worse once Obama was elected?